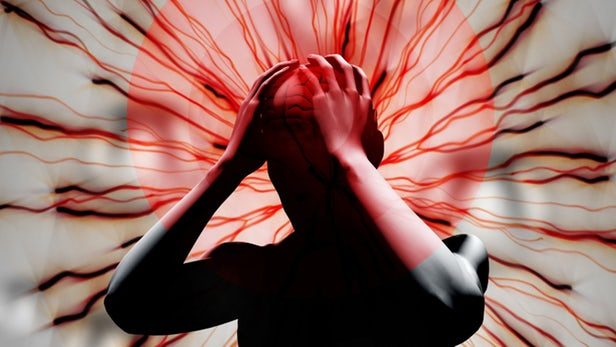 Pain is considered a major clinical, social, and economic problem in communities around the world. The prevalence of chronic pain conditions ranges from 37.3% in developed countries to 41.1% in developing countries, with an overall prevalence of 38.4% worldwide[1]. One in five Europeans suffers from pain, half of them are in moderate to severe pain every day[2].

But pain also has a purpose: it serves as a warning signal that informs the body about impending or already occurred damage. So, acute pain has an important role to play in maintaining or restoring physical integrity. However, it gets dangerous when the pain becomes chronic.

Whether acute or chronic, strong or long-lasting, dull or stinging, pain represents an enormous physical and emotional burden for those affected. Thus, pain is not only a pure sense sensation, but also an unpleasant emotional event.

In addition, the health insurances and healthcare providers face unbelievable financial burdens, not only directly from the treatment of pain but also indirectly in the form of pain-related loss of work and consequential illnesses such as depression.

Current medical approaches to pain therapy include pharmacological, surgical and physical options. Although many patients can be provided with pain relief in this way, not all of them respond to or are suitable for these options, and on the other hand, drug and surgical therapy approaches do have risk potentials not to be ignored.

In this article, we want to take a closer look at the development, processing, and treatment of pain, and what role PEMFs can play in it.

There are many definitions for the term pain. Internationally recognized is the definition of the International Association for the Study of Pain (IASP)1.

“Pain is an unpleasant sensory or emotional experience associated with actual or potential tissue damage, or described in terms of such injury.“

Acute pain serves as a warning signal that informs the body about impending or already occurred damage. So, acute pain has an important role to play in maintaining or restoring physical integrity. However, pain can also occur without cause or persist even though the cause no longer exists. These chronic pains have lost their warning function.

Whether acute or chronic, strong or long-lasting, dull or stinging, pain represents an enormous physical and emotional burden for those aﬀected. Thus, pain is not only a pure sensory perception, but also an unpleasant emotional event.

Pain development follows a classical stimulus-response mechanism. If the body is confronted with a noxious stimulus, so-called nociceptors are activated. These pain receptors are very numerous in the skin, but also in muscles, the periosteum or in vascular walls and internal organs.

Nociceptors are widely branched endings of special nerve cells that respond to various pain causes. Causes may be chemical, thermal or mechanical irritants (such as chemical burns, burnings or injury from an accident or surgery). The stimulus leads to a change of the membrane potential (transduction) and to a transformation into action potentials (transformation).

The stimulus is forwarded through the spinal cord into the brain. The stronger the stimulus, the greater the number of activated pain receptors and released mediators of inflammation, and thus the strength of the perceived pain increases.

Basically, there are three types of pain transmission: peripheral, spinal and central transmission.

The transmission of nociceptive impulses to the spinal cord occurs via typical regenerative action potentials of the nociceptive neurons. Depending on the nature and function, a distinction is mainly made between Aδ and C fibers.

The diﬀerent conduction velocity of the primary aﬀerents can lead to the so-called double pain phenomenon: after the stimulus, a bright, piercing pain sensation (Aδ-fibers) sets in immediately, followed by a second, often dull, burning pain (C-fibers). An interruption of pain transmission with local anesthetics can be used therapeutically (lead analgesia), but also diagnostically.

The sensory nerve fibers coming from the periphery end spinally in the dorsal horn of the spinal cord. The nerve impulses are switched there at exciting synapses to the second sensory neuron (nociceptive projection neuron). Interneurons are switched on in reflex circuits or influence the transmission of the stimulus into the brain by promoting or inhibiting it. In addition, numerous interneurons connect the neurons segmentally and vertically to form a complex network.

The neurons in the spinal cord can receive input from both the surface of the skin and from the internal organs (viscerum). In these cases, higher brain centers can no longer unambiguously associate the source of pain excitation. This so-called visceral-somatic convergence is considered to be the cause of transmitted pain. As a result, suﬀerers may experience the pain stimulus of a visceral organ as pain in a skin or muscle area (head zone).

Incoming pain stimuli release exciting neurotransmitters, which transmit the pain information, thus the action potential, at the synapses from the first to the second neuron. The most important of these neurotransmitters is glutamate.

With prolonged nociceptive input, the activity can be increased by various mechanisms, including the release of substance P, neurokinin A or the neuropeptide CGRP (calcitonin gene-related peptides). The neurotransmitters bind postsynaptically to various glutamate receptors, such as AMPA receptors or NMDA receptors, where they trigger an action potential that is transmitted to the brain via the nociceptive projection neurons.

Starting from the posterior horn of the spinal cord, the second-order axons cross the midline of the spinal cord via the anterior commissure and form the so-called spinothalamic tract in the anterior branch. The ascending fibers of the spinothalamic tract form collaterals at different heights: at the spinal level, they activate complex motor responses (escape reflexes, defense movements) and sympathetic reflexes (e.g. vasoconstriction in the pain area). In the brainstem, on the other hand, vegetative reactions are controlled, such as heart rate and blood pressure increase or sweat production.

Pain Processing in the Brain

There is no defined pain center in the brain, but different brain regions and structures are involved in the perception, processing, and evaluation of the pain signals. A distinction is made between a lateral system and a medial system of pain-conducting nerve tracts.
• Lateral system: the so-called Tractus spinothalamicus lateralis is mainly used for pain perception and differentiation of pain stimuli.
• Medial system: the so-called Tractus spinothalamicus medialis is used for the evaluation and emotional processing of pain stimuli.

Not only the somatic input influences the pain experience. Rather, the perception of pain is dependent on individual modalities such as ethnic background, education and sociocultural environment, but also of psychological factors: anxiety, sadness, isolation, worry and insomnia lower the pain threshold, while relaxation, joy, attention, distraction and sufficient sleep are associated with an increase of the pain threshold.

Chronification of pain happens when the pain has lost its proper function as a warning and protection signal, has no recognizable physiological cause and persists for more than three months or occurs at intervals over a long period of time. The pain is then considered an independent disease.

The cause of a chronification can be on the one hand inadequate pain treatment of an acute pain, and on the other chronic and incurable diseases. The most common forms of chronic pain include back pain, headache and cancer-related pain as well as rheumatic pain. With
increasing age, chronic progression increases.

“One in five adults in Europe suffer from chronic pain, 25% of whom can not fully participate in social life, and this has physical and psychological effects – on the individual, his or her partner, children, parents and grandparents, neighbors and many others.“
– Joop van Griensven, President of the European Pain Alliance

For sufferers, the ongoing pain is an enormous burden that severely limits their quality of life. This, in turn can lead to further illnesses such as depression. For a correct diagnosis in chronic pain, therefore, an extended examination is needed, which includes not only a special pain history but also a psychosocial anamnesis.

The central nervous system can modulate the sensation of pain, thus strengthen or inhibit it. In the context of pain therapy, the focus is logically on the inhibitory component of the modulation, which is mediated by the neurons descending from the cerebrum into the spinal cord. This can be promoted medically and non-medically.

The descending inhibition is an endogenous defense mechanism against pain. In the brain, descending pathways activate inhibitory mechanisms that lead to pain modulation at the level of the spine. Serotonin and norepinephrine, which are produced by the brain stem, also act on the inhibitory pathways of the spinal cord. While serotonin can be both pain-inhibiting (inhibitory) and pain-enhancing (excitatory), the spinal release of norepinephrine leads exclusively to selective pain inhibition.

During the painful event, endorphins are released from spinal and supraspinal interneurons. They bind to pre- and postsynaptic opioid receptors. Presynaptically, activation of opioid receptors reduces transmitter release; Postsynaptically it reduces the hyperpolarization of the membrane. This mechanism is mimicked by pharmacological opiate analgesics such as morphine, methadone, codeine, tramadol, fentanyl, just to name a few.

PEMF in Pain Therapy
Current medical approaches to pain therapy include pharmacological, surgical and physical options. Although many patients can be provided with pain relief in this way, not all of them respond to or are suitable for these options, and on the other hand, pharmacological and surgical therapy approaches do have risk potentials not to be ignored.

The most commonly used painkillers are so-called non-opioid analgesics such as ibuprofen, paracetamol, diclofenac or acetylsalicylic acid. Not only do they have an analgesic effect, they also have an anti-inflammatory and antipyretic one. However, their side effect list, especially in higher doses, is long. For severe pain, drugs of the opiate level are necessary, which also have a high addiction and abuse potential and are among the psychoactive substances.

For people who can not control their symptoms with conventional pain management in Malaysia or are looking for other alternative approaches, PEMF could be an option. In some research, the effect of PEMF was comparable to the administration of 10 mg morphine in terms of pain reduction. 2

Several authors have reviewed the experience with pulsed magnetotherapy (PEMF) in Eastern Europe 3 and the west 4.

PEMFs have been used extensively in many conditions and medical disciplines. They have been most effective in treating rheumatic and musculoskeletal disorders. Although PEMFs have been proven to be a powerful tool, they should always be considered in combination with other therapeutic procedures.

PEMFs of various kinds, strengths, and frequencies included have been found to have good results in a wide array of painful conditions. There is little risk when compared to the potential invasiveness of other therapies and the risk of toxicity, addiction, and complications from medications. This creates a legit baseline for PEMFs to be a potential addition or alternative in the treatment of pain. However, clearly more research is needed to elaborate mechanisms and optimal treatment parameters for given applications.