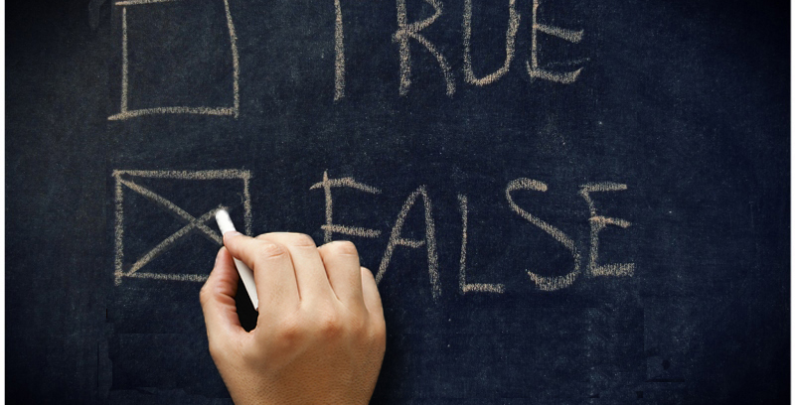 Learning about PEMF (pulsed electromagnetic field) treatment can be very confusing. Today, there is a huge amount of information available about various kinds of systems. Much of it is conflicting. Since the Internet is freely available for anybody, a large variety of information is spread. Poorly informed individuals post opinions, as well as manufacturers and professionals. Even professionals have varying opinions from other professionals. Time to clear some fog and take a look at the most common lies and myths about PEMF!

2. Only high intensity PEMFs work
There are those who also claim that high-intensity PEMFs are the only kinds of PEMFs that work. They also ignore a large amount of research demonstrating that lower intensity PEMFs are effective across a vast range of health problems and maladies. In fact, extreme low-intensity PEMFs may be most effective for health maintenance, for people with significant electrical or EMF sensitivity, and for improving circulation among other benefits.

3. Only certain waveforms are effective
A magnetic field impulse represents an electromagnetic signal, which depending on the intention, is to cause an action in the cell, i.e. depolarization. While many devices use specific waveforms, the waveform is likely less important than the amount of charge it can induce in the body. Rectangular or sawtooth impulses have e.g. a steeper ascending and descending phase than sinus waves with the result that they transfer a great deal of force. However, the bottom line is that some waveforms may be more efficient for charge production than others but not exclusive.

4. A specific frequency is the only one that works
A vast range of frequencies has been tested in research to treat a wide range of health conditions. Numerous frequencies have been found to be effective for many individual conditions. There is no specific frequency that will solve all problems or help every health condition. On the other hand, the higher the frequency, the more energy is provided. However, the higher the frequency, the more difficult it is to gauge the effect on the cell. This particularly applies to man-made frequencies in the KHz and MHz range, e.g. for cordless phones and electrical devices. The new generation of magnetic field therapy equipment preferably works in the extremely low-frequency range. Again, however, they are not likely to be exclusive in their benefits.

5. You should only use “earth-based“ frequencies
A number of manufacturers claim that their systems are more effective because they use “earth-based“ versus other types of frequencies. Most of the time these earth-based frequencies are not defined. The fact is that the earth itself naturally includes a vast range of frequencies. These include those in the ionosphere, the so-called Schumann resonances, ranging from 1 – 100 Hz, as well as those entering the polar regions from space, those emitted from natural materials, the rays of the sun, and many others. Even the static magnetic field of the earth varies, not only day-to-day but also around the planet. Even the so-called 7.8 Hz Schumann Resonance is not the only Schumann resonance, but various harmonics exist naturally.

6. You only need to treat yourself 8 minutes at a time
A number of magnetic systems promote the use of 8-minute treatment times. There is no solid evidence to support this claim. A large number of studies have used various treatment times with great benefits. Studies are often limited by very practical considerations and optimal treatment times are hard to define. Ultimately, the individual determines the amount of treatment time to which to commit.

8. What‘s true for one PEMF system or signal is true for all
People frequently extrapolate results from research on unique and specific individual PEMF systems, claiming these results as applicable to their own system. This may or may not be true. In the research literature, you will frequently see reviews of the research on various signals, intensities, actions, and conditions. Reviewers will make note of similarities and differences, where gaps in knowledge exist and future research needs. While many actions of PEMFs signals are common across many types of signals, they are not all necessarily exactly equivalent. Ultimately, one has to apply the signal most likely to be useful for a specific set of circumstances. While the research database PEMFs is already very extensive, it is by no means complete. There is no cookbook for what is best in a specific set of circumstances. So, unfortunately, extrapolation is necessary but should be considered with discrimination, relying on an existing knowledge base.

9. There is only one PEMF system that improves circulation
All PEMFs can improve circulation. Even a locally applied PEMF stimulator will, by reflexive action on the nervous system and chemical components of the blood, improve circulation throughout the body. Some manufacturers have documented improvements in circulation with their specific device, but this doesn‘t mean that others will not have the same action and benefit. Circulation improvements need to be put into perspective as well, given all the other actions and benefits of PEMFs and should be considered only one component of the benefits, not infrequently the least important.

10. You can‘t combine PEMF treatment with other treatments
Practitioners of other modalities may say that you can‘t combine PEMFs with their modality. This is patently untrue. In fact, PEMFs, more often than not improve the benefits of other modalities. The combination of the use of modalities produces better results than either modality alone. The reason for this is that each modality has unique ways of action and providing health benefits. Health conditions almost always have multiple components as a cause or as part of their development. Any individual modality will provide benefit to a
certain point by addressing specific actions particular to that modality. Therefore, addressing or treating conditions with multiple modalities provides the most likely, more complete benefit. Specific examples include, combining PEMFs with physical therapy, nutrition, or medications, among others.

12. Electrical stimulation (ESTIM) is superior to PEMFs
Electrical stimulation has been available longer than PEMFs. Clinicians and researchers have more familiarity with electrostimulation and a better understanding of that modality. A major use of ESTIM is to stimulate muscle contractions. ESTIM can do this with less expense than PEMFs. Electrostimulation can be applied not only in the home setting but also in other professional settings. Electrostimulation is the direct application of current to the body, using electrodes and conducting gels or liquids. Electrostimulation is often less expensive than PEMFs, but the major downside is the limit of its penetration into the body. To penetrate the body deeply, invasive techniques often are necessary to place electrodes deep in the body, such as in the brain or the spinal cord. ESTIM is often uncomfortable or even painful and also requires the skin or tissue to be exposed. PEMFs do not have these disadvantages. Application of PEMFs can be done without exposing the skin and directly exposing the body to electric currents. There is no risk of burning with PEMFs. Most of the time there is no sensation from PEMFs at all. In addition, PEMFs will go through clothing and through all the tissues of the body without being absorbed, used up or blocked by the body. As a result, PEMFs produce a much deeper penetration within the body.

14. PEMFs shouldn‘t be used as part of cancer treatment
PEMFs should definitely not be considered as a sole treatment for cancer. There is research to indicate that PEMFs can be helpful as adjunctive therapy in cancer treatment. People using PEMFs prior to receiving a diagnosis of cancer have often found significant benefits in the reduction of side effects and improvements of benefits from their conventional cancer therapies.

15. PEMFs are hazardous or dangerous
People sometimes lump therapeutic PEMFs with environmental EMFs. PEMFs have a long history of use, over 50 years or more, by millions of people. Even very high-intensity PEMFs, such as MRIs and more recently FDA approved high-intensity transcranial magnetic stimulation applied across the brain, have been shown to be extraordinarily safe. One of the concerns about PEMFs is that they may cause cancer. However, PEMFs have even been found to be valuable as part of cancer treatment programs. The most common contraindication for using PEMFs is in pregnancy. This is not to say that PEMFs are harmful in pregnancy, it‘s just that they have not been formally studied. Environmental EMFs, produced by cell phone, microwaves, Wi-Fi and other man-made electrical devices are a very different kind of PEMF. Therapeutic PEMFs have very low frequencies under 1000 Hz. The frequencies in the microwave range, which is what most environmental frequencies are today, are absorbed by the body and could create heating and inflammation. These are considered to be the reasons that environmental EMFs have the risk of harm but not therapeutic PEMFs.  To give perspective, therapeutic PEMFs have been studied in hundreds of thousands of individuals across thousands of studies, with almost all studies concluding that there is no significant side effects or risks of harm. If people follow the appropriate application and consideration of precautions and contraindications, the risk of harm is dramatically outweighed by the potential benefits.

Contact us anytime, we are just a phone call away to assist you!